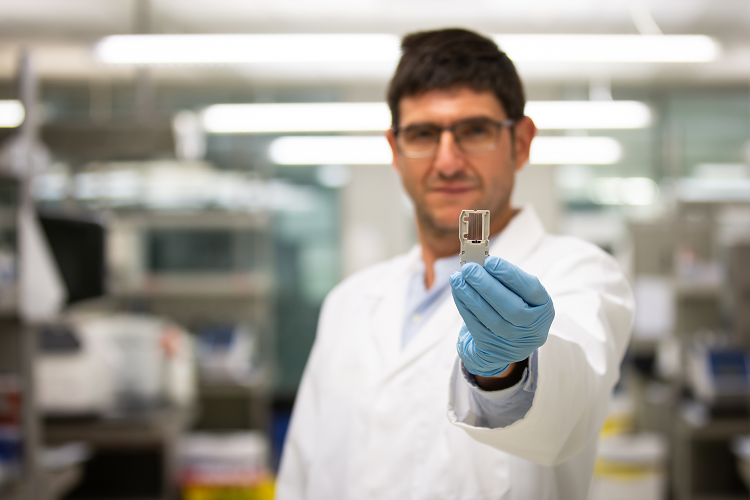 Understanding what's around us starts by identifying what's within us. After completing the Human Genome Project nearly 20 years ago, the world of genomics expanded drastically, and sequencing genetic information has become a staple in biological research. The Bioscience Core Lab (BCL) at KAUST enables researchers to reach new grounds by providing various genomic tools, from next-generation sequencing to single-cell genomics. And to ensure users maximize the outcomes generated by these technologies, Research Scientist Rubén Díaz-Rúa has joined the BCL Team. 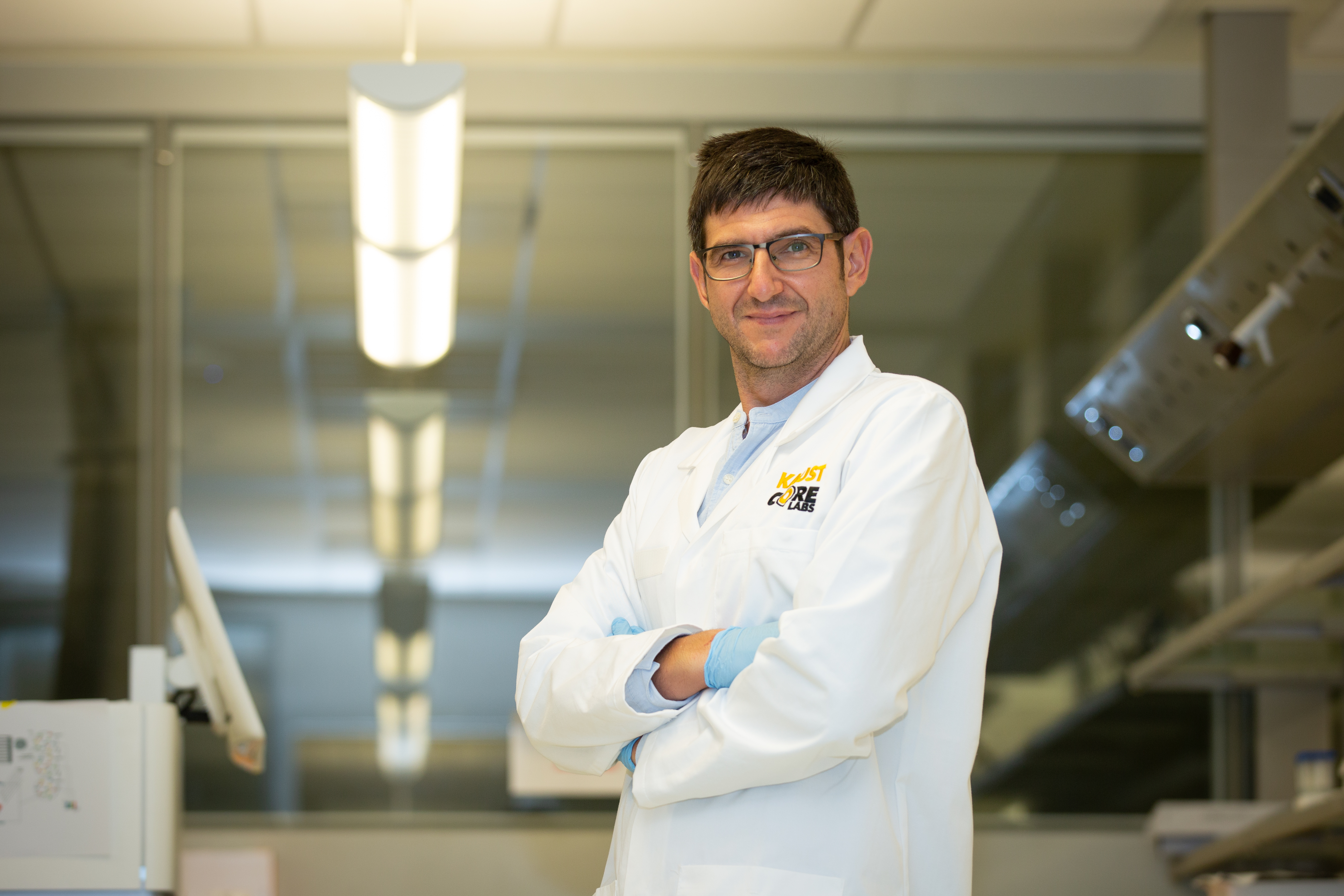 Research Scientist Rubén Diáz-Rúa has a diverse career path, having developed genomics work for both environmental and clinical research. Photo by Khulud Muath

Díaz-Rúa started building his genomic expertise more than a decade ago. And it all started with food. After all, "You eat five times a day, every day! If you don't eat, you die!" he joked.

During his Ph.D. at the University of Balearic Islands, his background in Nutrition ended up evolving to new developing fields, namely Nutrigenomics. "Nutrigenomics is the interaction of the nutrients with your genetics, how one nutrient can interact with your genetic code and change gene expression," he explained.

Enticed by the field's novelty, his doctoral dissertation focused on finding molecular biomarkers of unbalanced diets in human tissues. His work ended up being part of a 6 million euros European-funded project that tried to find biomarkers to validate functional food claims. "Due to the explosion of health food claims in Europe, I was part of the movement that strengthened policies and regulations where only foods with scientific evidence for health benefits could contain health claims in their marketing," he added

While finishing his Ph.D., Díaz-Rúa's career path took an unexpected turn towards marine and environmental sciences. He moved to KAUST and started working at the Red Sea Research Center (RSRC) in environmental sample sequencing. "It was challenging at first as I had to learn several environmental concepts very fast. But it was worth it because I learned a lot and was able to work in multiple projects with teams from all over the world," he recalled. After a brief postdoc back in clinical nutrition in Spain, Díaz-Rúa re-joined KAUST as part of the BCL.

At BCL's Genomic division, Díaz-Rúa's work starts way before any sequencer is turned on. "My main goal is to improve the data output of the user. I advise the user at different levels, from nucleic acid extraction to library preparation and sequencing platform. Such approach allows for better quality results while ensuring cost-effectiveness," he explained.

This tailored approach is pivotal because preparing environmental samples such as seawater is remarkably different from processing animal tissues or cultured cells. Díaz-Rúa's broad background ensures that the best sample prepping strategies are chosen, saving researchers time, resources, and setbacks later on. 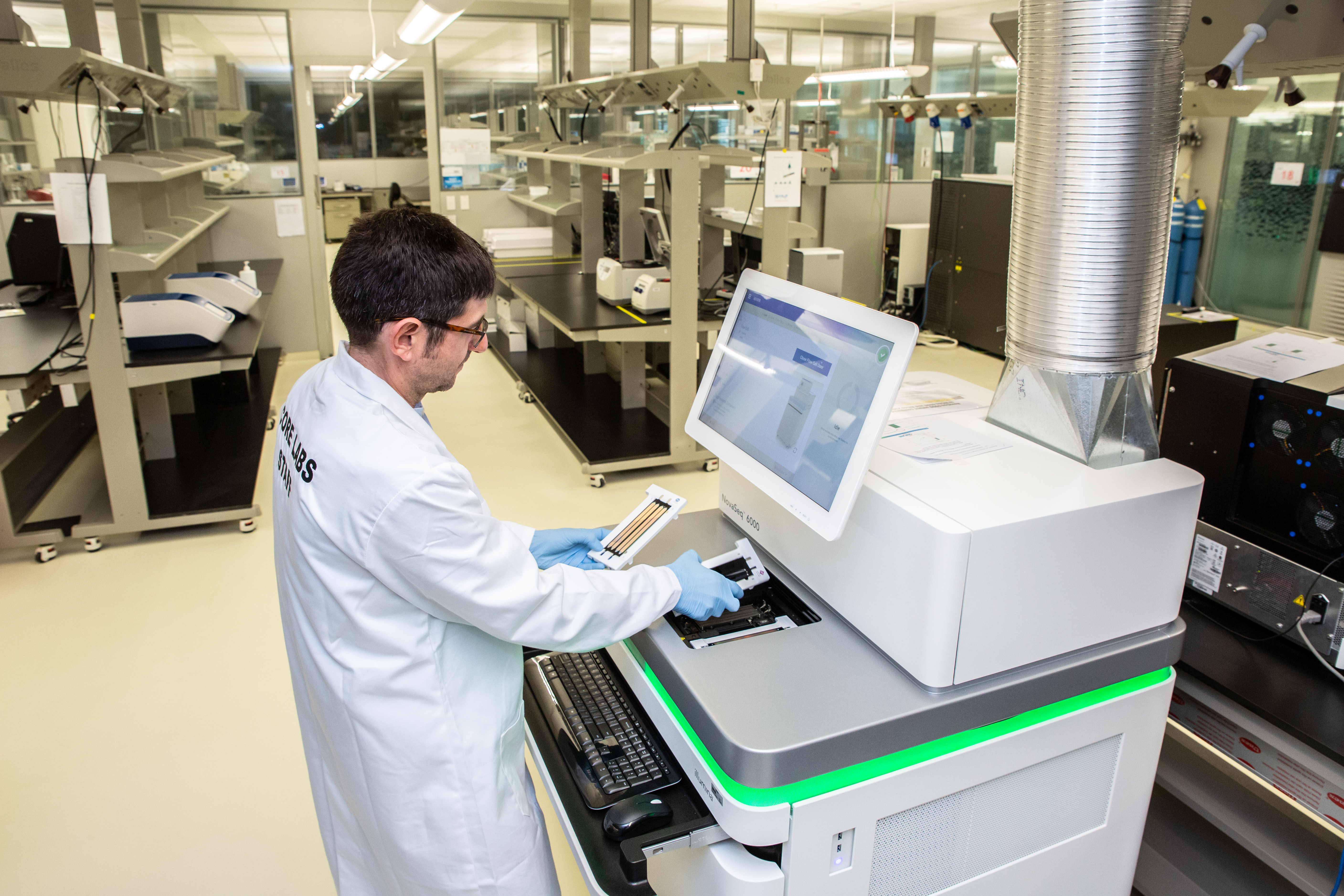 Díaz-Rúa operates the state-of-the art Illumina NovaSeq™ 6000, a next generation sequencer with increased sequencing breadth and depth. It is the only fully operational NovaSeq™ sequencer in the Kingdom. Photo by Khulud Muath

Through collaborations with KAUST researchers and a few in-Kingdom companies, universities, and hospitals, Díaz-Rúa has supported several projects with both local and global impact.

One of such projects, a collaboration between the BCL, RSRC, and the BESE division of KAUST, aims at improving the resolution and overall quality of metabarcoding studies. "We are switching from MiSeq to the new NovaSeq platform because it improves reads’ quality and biodiversity estimation while having a faster result turnover and a lower cost to the user," Díaz-Rúa explained.

Another project, in collaboration with the Computational Bioscience Research Center at KAUST and a local university, resulted in the creation of a Covid-19 mutation tracking system. This resource helps health authorities worldwide to track new variants and act quickly to avoid further outbreaks.

Díaz-Rúa believes such outcomes are only possible thanks to KAUST and the BCL's infrastructure. "I have the opportunity to work in a state-of-the-art environment, with the best resources available, and surrounded by diverse scientific projects. Being part of the BCL is an opportunity to fuel my career while making a real impact in the scientific community worldwide," he concluded.