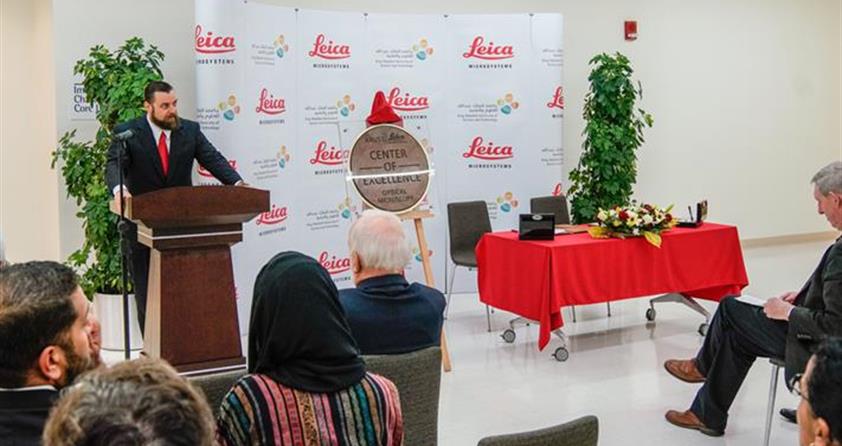 "With the opening of the Center of Excellence on the KAUST campus, there is now a visible expression of our partnership," said Markus Lusser, president of Leica Microsystems. "We will work with KAUST and their world-class faculty members and students to drive the use and implementation of sample preparation and imaging systems. These systems are already revolutionizing approaches to life science and materials research, and we expect KAUST to play a significant role in extending developments in these areas." 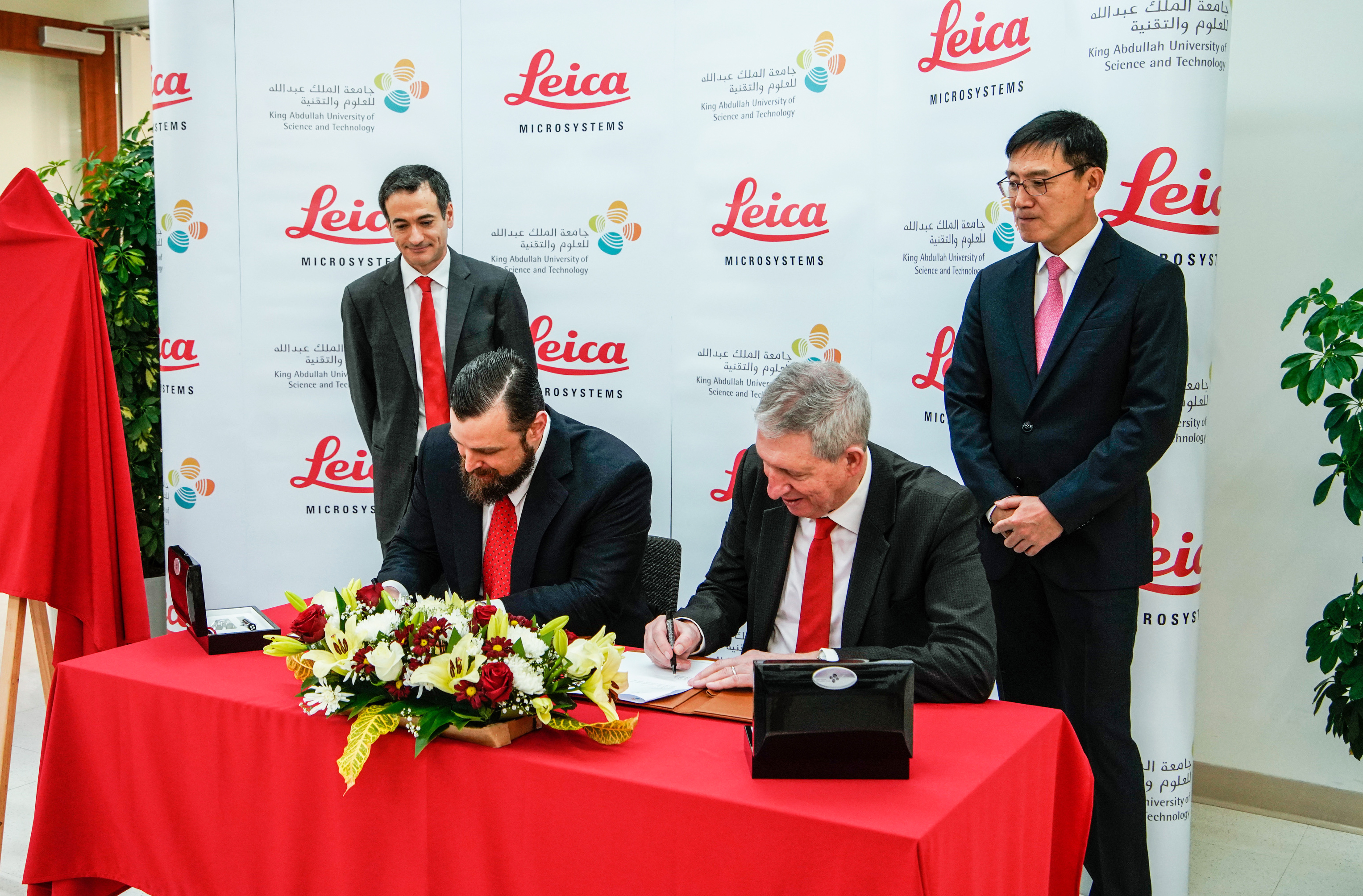 
A new SP8 confocal platform from Leica with Super Resolution (STED) and light sheet capabilities was unveiled—the first of its kind to be installed in the Kingdom and in the Middle East.

"Today, we—KAUST and Leica Microsystems—have pledged to combine our strengths. The launch of this CoE will impact not just the field of optical microscopy as a whole but on the scientific ambitions of KAUST and the Kingdom," explained Justin Mynar, KAUST associate vice president for research and executive director of the KAUST Core Labs. "Our partnership will impact on all of our users for the betterment of the Kingdom and the scientific achievements that will guide its ambitious development objectives." 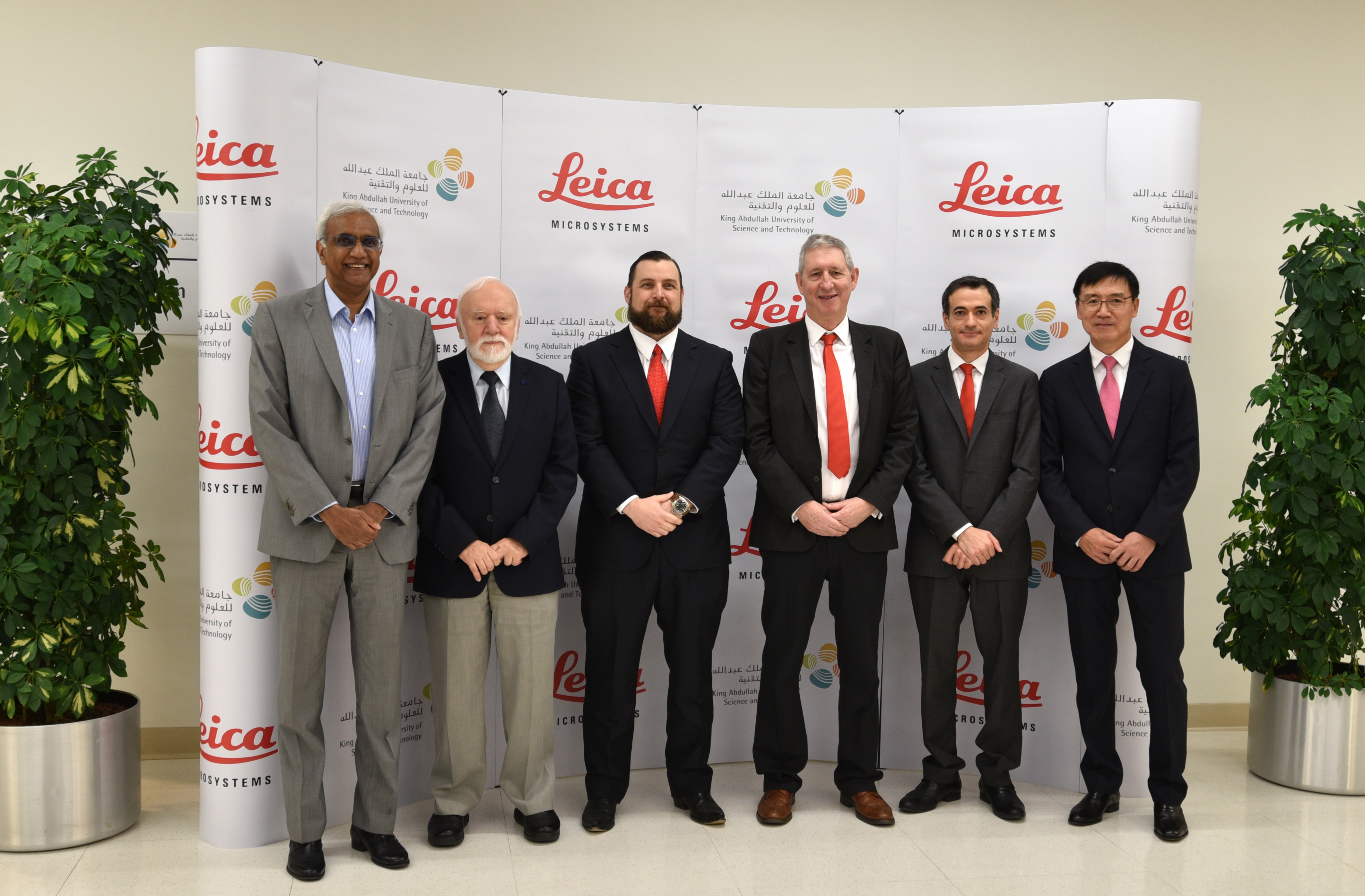 The system is housed in the Imaging and Characterization Core Lab, providing researchers access to the latest advances in microscopy from Leica Microsystems. The CoE places KAUST at the leading edge of technological advances in optical microscopy—an auspicious partnership that will positively impact the entire KAUST academic community, its collaborators and industrial partners.