6 things you may not know about the Research Vessel Thuwal 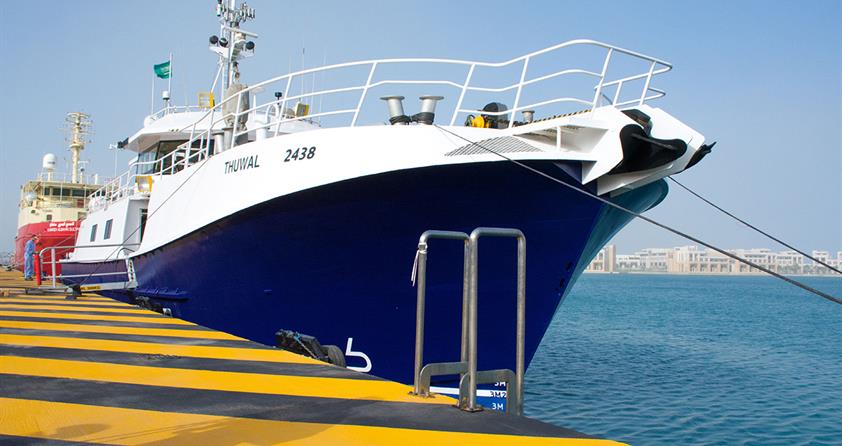 The Research Vessel Thuwal is a key asset to the marine research community at KAUST as it provides a platform to explore the vast and largely-unexplored waters of the Red Sea. This month, the vessel has reached 300 days at sea, taking its crew, scientists and students on more than 40 scientific expeditions. To celebrate this milestone, we wanted to share a few less-known facts about the RV Thuwal.

1. It was the first research vessel in Saudi Arabia 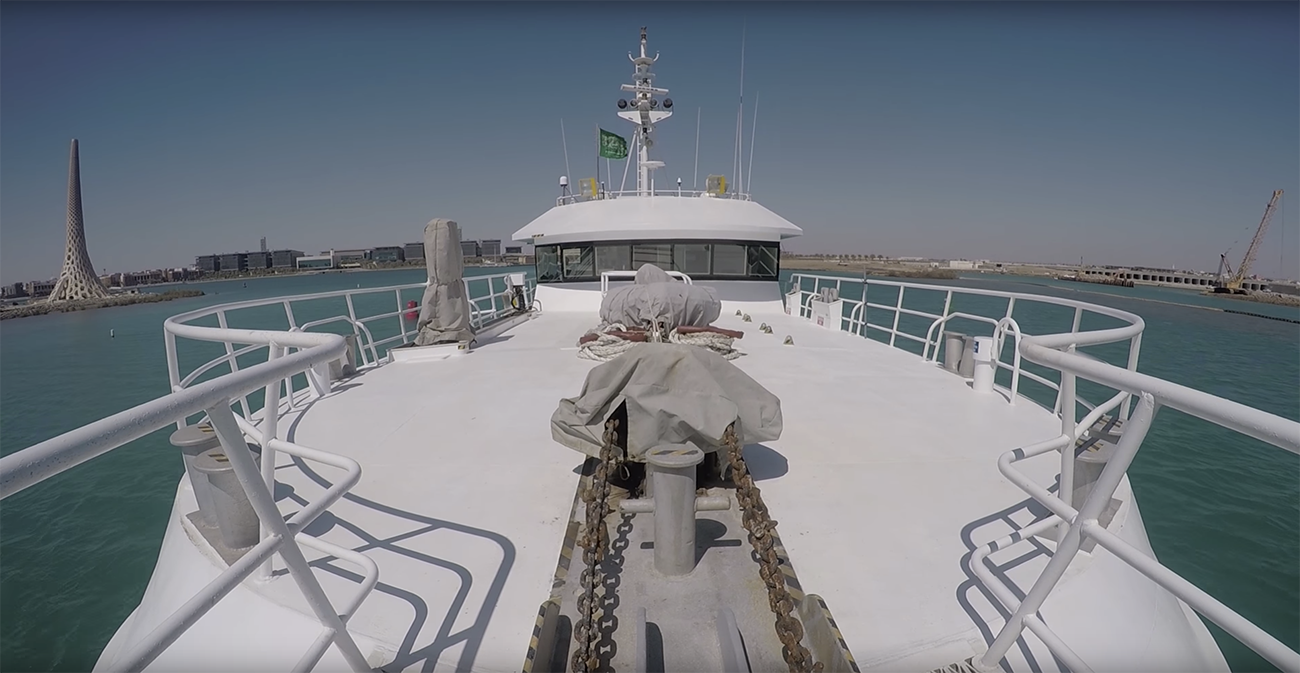 The RV Thuwal was purchased in 2013 to enable KAUST faculty and researchers to carry out marine research. The vessel was initially used as a survey boat and was purchased from an Australian boat builder. On July 31, 2013, the vessel was loaded onto a larger ship and began its journey towards Saudi Arabia from Fremantle, Australia. After stops in Mauritius, the Seychelles, and the Saudi port city Jeddah, it was received at KAUST on September 1, 2013. It’s been doing research expeditions ever since.

2. It is a fully-functioning scientific laboratory

Scientists can conduct research work directly on-board in the ship’s dry lab and the wet lab facilities. These facilities were purpose-built by the Coastal and Marine Resources Core Lab and the Workshops Core Lab as part of the renovation from survey boat to research vessel in 2013. These modifications significantly improved the capabilities and working conditions for our scientist, but also showed that the Core Labs are capable of conducting very challenging projects.

3. It enables scientists to collect data all over the Red Sea 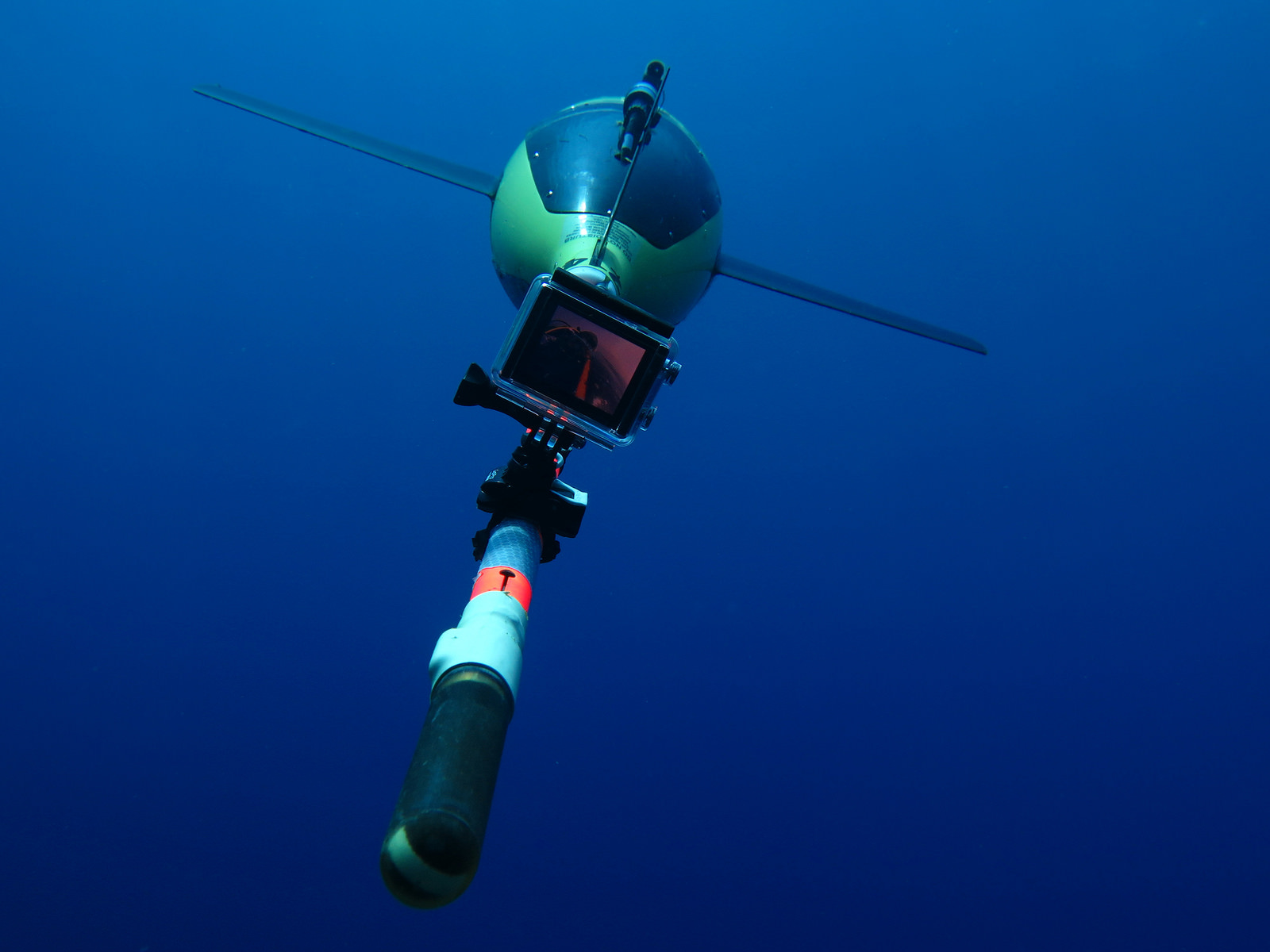 The vessel has capacity of 8 crew and 14 scientists and the ability to stay at sea for up to 20 days. It has a maximum speed of 10 knots, and has excellent maneuverability and station-keeping abilities. The 34.7 meter-long ship also has the ability to execute missions all over the Red Sea. So far it’s been on missions extending as far north as Duba, as far south as the Farasan and as far west  as the the Saudi border of Red Sea

4. The views are idyllic. Except when they’re not. 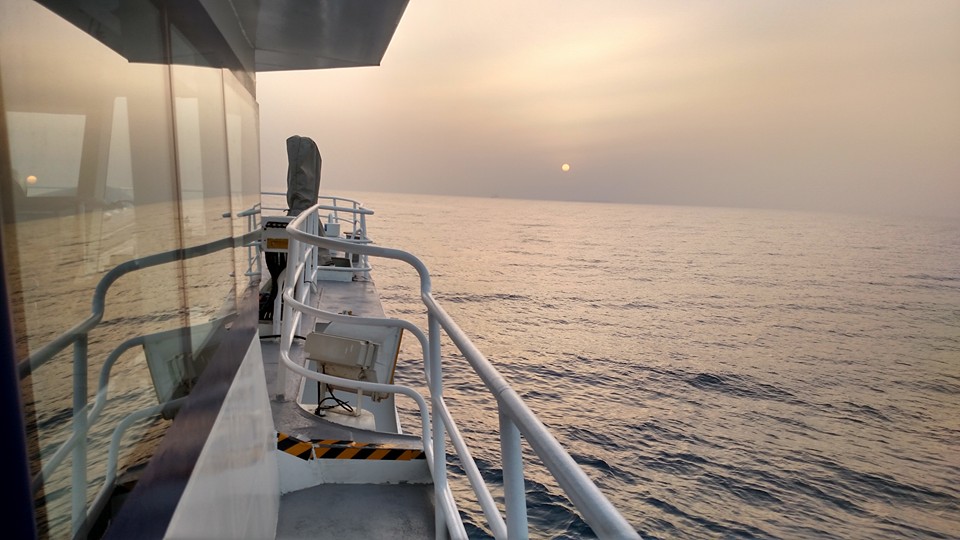 Working aboard the ship often means getting to see unparalleled views of the stunningly beautiful Red Sea – from above and below the waterline! But it is occasionally challenging in case of rough seas. Whatever the weather brings, we enjoy the highs and manage the lows.

5. There is a water desalination system and full-time chef on board 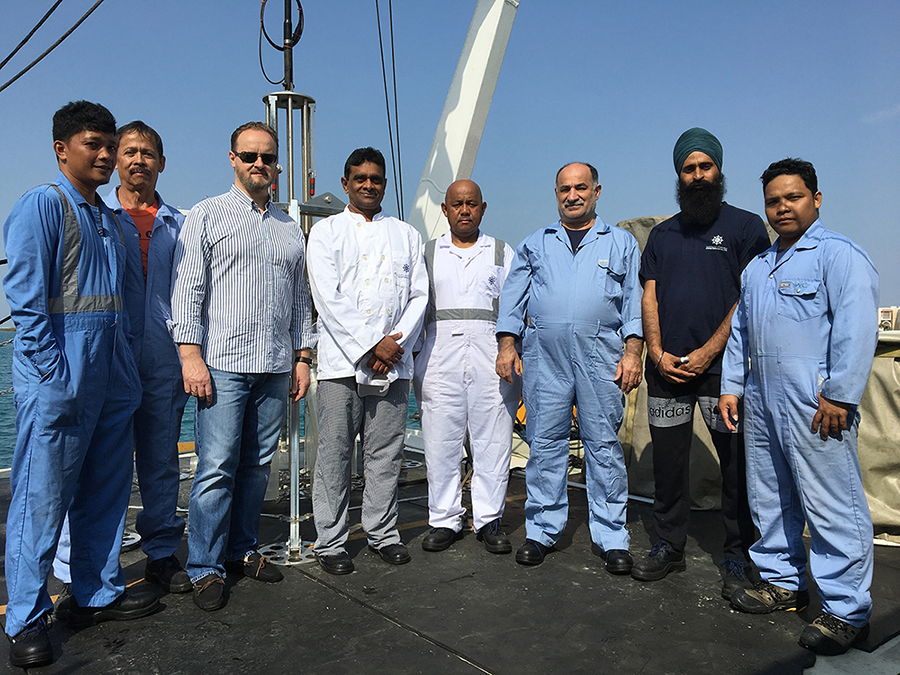 While at sea, the vessel’s eight-person crew is responsible for ensuring safety, navigation andoperations and cooking and cleaning, so the scientists can conduct their research. The multinational crew that makes all of these possible includes the captain, chief mate, ship engineer, electrician, bosun, two able seamen and last, but most importantly, a chef. The chef makes three hot meals for the crew and scientists every day.

The ship also has its own water desalination system which can provide up to two tons of fresh water daily.

6. The RV Thuwal docks right in the KAUST harbor

Because the lab pier is located right on campus, researchers can transition from the ship to labs and offices in a matter of minutes.

Between research expeditions, the vessel docks for at least one day, to refuel its 40,000 liter diesel tanks, food supplies for the coming expedition, laundry service, and preventive maintenance. We also use this time to load scientific equipment, consumables and get the research team on-board for the vessel’s next voyage in the beautiful Red Sea.

Now that you know all about the RV Thuwal, why not have a browse of all the other great things going on in the Coastal and Marine Resources Core Lab.