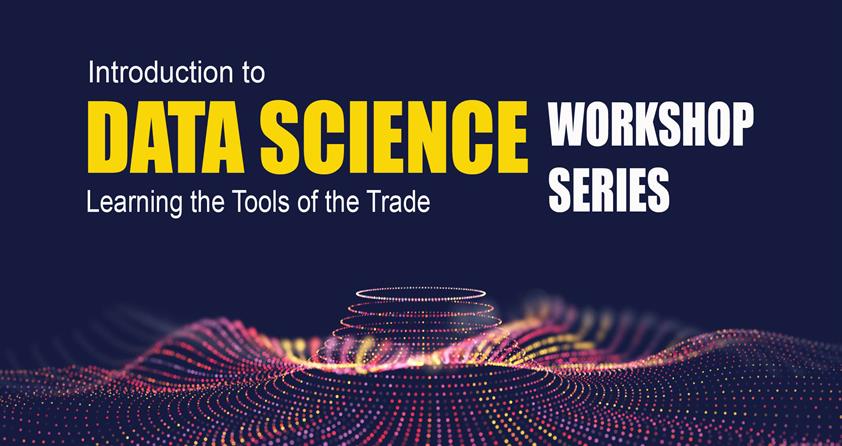 With an increase in demand for the use of data science tools and workflows on KAUST Campus, KAUST Visualization Core Laboratory (KVL) has organized a series of “Introduction to Data Science Workshops” to equip the research community with core data science tools, and to enable future data science applications at KAUST.

Through these series of workshops, KVL aims to complement its existing training series on data visualization, and also advance the state-of-the-art in both data science and visualization by providing advanced facilities, training, services, and consulting to the KAUST community and the Kingdom.

According to a recent O’Reilly Data Science Survey most data scientists use multiple programming languages on a daily base to solve their data science problems. The top four programming languages used by data scientists are SQL, Python, R, and Bash. The ability to share and reproduce data science workflows is critical whether the workflows are providing decision support in industrial applications, or generating novel insights from scientific data. Core tools for facilitating reproducible data science workflows are version control tools such as Git, virtual environment tools such as Conda, and container technologies such as Docker.

KVL has organized a series of Introduction to Data Science workshops to build capacity in the core data science tools and enable future data science applications at KAUST.

The core workshop material largely follows a curriculum developed by Software and Data Carpentry, two global non-profit organizations that teach foundational coding and data science skills to researchers worldwide. The curriculum will be offered every Fall and Spring semester in its entirety in order to provide KAUST students, post-docs, staff, and researchers with an opportunity to develop their skills in these core data science tools.