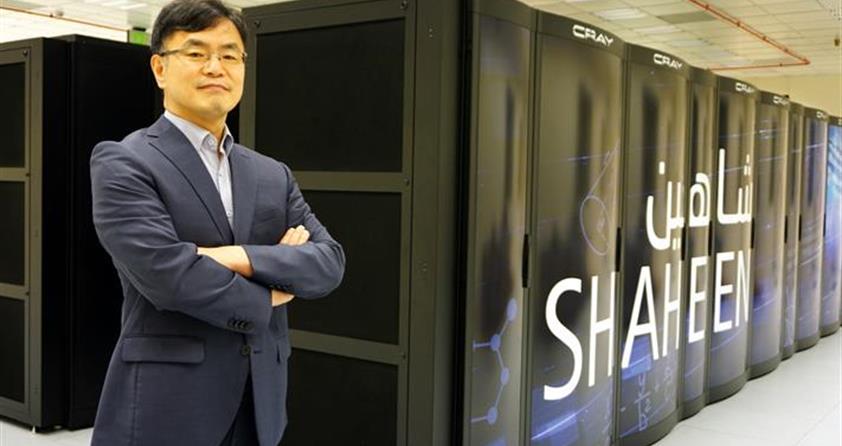 We are please to announce the appointment of Dr. Jysoo Lee, our new Director for the KAUST Supercomputing Core Lab.

Dr. Jysoo Lee was the founding Director General of the National Institute of Supercomputing and Networking (NISN), in Korea. He received B.S. from Seoul National University in 1985 and Ph.D. from Boston University in 1992, both in Physics. He was a research associate at the Julich Supercomputing Center in Germany and the City College of New York. He Joined the Korean Institute of Science and Technology Information (KISTI) in 2001 as a Senior Researcher and later became the Director for the Supercomputing Center on two occasions 2004-2006 and 2009-2012.

Dr. Lee will be leading a team of 12 experienced staff in the KAUST Supercomputing Core Lab. At the center of this facility is SHAHEEN II, a 36-cabinet Cray® XC40™ supercomputer. The system is ranked as the top 10 machine of the world, delivering a theoretical peak performance of 7.2 PF, along with a 17 PB Cray® Sonexion® 2000 parallel file system. The parallel file system is designed to provide over 500 GB/s of I/O throughput. The current workload on Shaheen is diverse and includes data-intensive projects such as seismic imaging, computational fluid dynamics, weather and climate modeling and biology applications.

Dr. Lee brings with him a great deal of experience in HPC and we look forward to his contribution to the further development of HPC at KAUST and the greater Saudi Arabia.